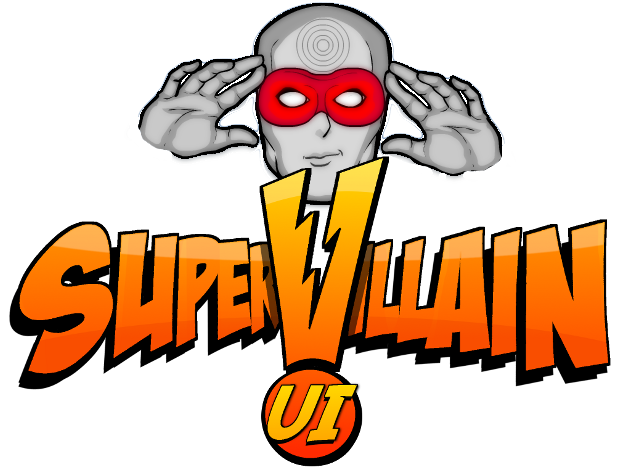 \World of Warcraft\Interface \AddOns
directory BEFORE installing a new one.

IF YOU ARE STILL HAVING AN ISSUE
Go ahead and post your issue to me here in the comments section.

IF YOU ARE EXPERIENCING FREQUENT CRASHES
Delete your

\World of Warcraft \Cache folder
Inside the folder

\World of Warcraft\WTF\ [SERVER NAME] \SavedVariables : Delete any files that begin with «SVUI»
Inside each of your characters folders (

there is a version being developed for 8.3 by me.
the discord https://discord.gg/7BH9za
the github https://github.com/keivamp/InkedSV

and an other thing how can i get to see my neck pogression?

on all chars between my monk did the addon work.
Can anyone help me pls.

Hi guys,
if anyone needs a how to configure and install video of this outstanding interface, you can take a look here:

I made this video for some of my friends, but maybe it is helpful for others, too.
Just to let you know, the video is in GERMAN.

I hope that this UI will be kept up to date in the future, too. I love it.
Many thanks for all the guys who keep it alive.

\Interface\AddOns\ »
directory BEFORE installing a new one.

IF ALL ELSE FAILS
Delete your

\World of Warcraft \Cache folder
Inside the folder

\World of Warcraft\WTF\ [SERVER NAME] \SavedVariables : Delete any files that begin with «SVUI»
Inside each of your characters folders (

v5.4.19:
> Re-styled the «Active» quest tracking header. It’s much leaner and to the point.
> Quest item bar will now hide along with the tracker
> Quest items themselves (and after MUCH testing) are now stable and no longer dissapear for no reason.
> Added a right-click feature to the dock-hide buttons. This will allow you to «expand» the respective dock window to a greater height for readability (outside of combat of course)
> Several non-functional options were fixed
> Many redundant and unused config options were removed
> Some options that were causing confusion now have relevant notes to help users understand their settings

v5.4.1899:
> Added new config category, «Screen». This is where you will find the familiar options for auto-scaling and multi-monitor but also the new ADVANCED screen adjustments (USE WITH GREAT CAUTION). The new settings allow you to forcibly change the overall scale calculation used by most elements, and for those of you having issues with getting the UI to fit perfectly on various non-standard screens, you can set your own width and height used for UI positioning.
> Fixed/adjusted combat text font (Scrolling)
> BG stats are working again
> Revamped quest tracker items. They are now anchored to their own position-able bar and can display more than one item at a time. The issue of items disappearing on use has been resolved (though not tested extensively).
> Left and right dock windows can now be hidden independently of each other by using their respective corner buttons.
> Bugs noted by all of you in the comments have been resolved. If there are any outstanding issues, or if I have missed something please let me know.
> More changes included that I will document at a later time.

v5.4.1799:
> Ready check icons have been made more visible
> Clicking the flashing down indicator on chat frames will scroll the chat all the way down.
> Adjusted Warlock resource graphics (added number value)
> Added an option to enable/disable the new Resolve bar for tanks (thats the green bar at the top of your health)

v5.4.158:
> COOLDOWNS ARE NOW INVISIBLE WHEN THE BAR IS FADED. This only took me forever..
> When chat frames are faded you will no longer see chat icons (raid icons etc..)
> Made some adjustments to quest item appearances
> Buff and Debuff stacks are now visible at all times

v5.4.156:
> Adjusted many class resources
> Fixed bugs in the installer and quest scenarios
> Other internal fixes.

v5.4.155:
> Fixed bugs in superbutton and fontmanager
> Redesign: DeathKnight runes! They are much easier to read visually now. and ANIMATED!!
> Fixed issue causing Paladin power to dissapear when opening the worldmap

v5.3.26:
> More adjustments to draggables
> Fixed achievement tracking
> Increased the scrolling depth of the objectives tracker
> Adjusted MANY MANY checkboxes that had lost their proper appearance
> Fixed SetAlpha overflow in StyleOMatic
> When using the installer, music volume SHOULD now return to its proper value when installation ends
> Reduced the scale of chat whisper icons
> Added LEFT/RIGHT arrow support to the chat editbox as a means to move the cursor into displayed text while using UP/DOWN arrows to parse outbound history.

v5.3.25:
> Final patch for the current aura system, keep in mind that this will be replaced with a completely revised design in the coming weeks.
> Made some changes to draggable frames and their interaction with default «snapping» provided by the game client.

v5.3.21:
> Found and fixed several issues causing auras and aura filters to function improperly
> Aura filters were not recognizing the Player as friendly. Now fixed
> Re-structured the options for unitframe aura types (buffs, debuffs, aurabars) in an effort to make their settings a little more readable.
> Added an option under (/sv)->General->Misc->Save Draggable. This allows you to toggle the saving of draggable frames. Keep in mind that when this feature is enabled, the default frame «snapping» of blizzard frames will not happen. This option will be disabled by default.
> Added a few more error filters
> Fixed threat glow functionality

v5.3.0:
> Revised the profile system to now mirror all configs used by a particular profile to EACH character that is using the same one. What this means is that if you load («Copy») a profile to two (or more) characters and make changes on one of them, those changes will be automatically reflected for every other toon using the same profile.
> Fixed BreakStuff to now identify WoD herbs
> Updated alignments and elements on loot/achievement alert frames to now match each other more closely
> Updated some textures in garrison styles
> Garrison follower XP bars are now showing on follower lists.
> Added one more little touch to the AFK screen. It was feeling a little lop-sided.
> Added Error filter options under General->Error Handling
> Credits have been updated showing latest contributions
> Reputation stat popup menu is now alpha sorted
> Revamped SVUI’s version management to allow the display of FULL version numbers. This will make identifying your installed version FAR FAR FAR more accurate. (ie.. before I could only output the major.minor segment of the version number, now I can display the whole thing.)
> Let the bass drop

v5.2.9:
> WorldMap-QuestLog issue where the details vanish, has been fixed
> Monk Chi fixed
> nameplate error fixed
> Adjusted some of the newer textures, (more need some love but I will do that later)

v5.2.8:
> Attempted fix for QuestTracker taint
> Many new «Interface» textures
> Changed the Draenor Zone Ability frame to now be draggable instead of movable via the «/sv move» utility. This was also a step towards removing taints regarding this frame.
> Internal improvements

v5.2.19:
> Garrison button errors fixed
> Garrison styles expanded to landing page and missions page
> tooltip stretching fixed
> x-ray specs overlapping fixed
> New code to manage blizzard frames, for multi monitor users this will force default positioning towards the center of the screen for panels that would have otherwise been to the left
> New feature: ALT-Right-Clicking items in your bags (not bank) will mark them with a coin icon. Any marked items will be auto-vendored next time you visit a merchant.

v5.2.16:
> Garrison button now shows current missions on it’s tooltip
> Adjusted some vanity features and added new secret ones (given enough time you WILL discover these)
> Tokens stat now has garrison resources, apexis crystals and the various «Secrets of

> Docks have undergone major changes to how they are built and function.
NOTE 1: Before, docklets and dock features were created in static positions (ie. chat tabs on the left, profession tools and henchmen on the right..etc) and the dock holders were essentially just anchored placeholders with little purpose other than a starting point for child elements. Now every aspect of each docking cluster is dynamic and interchangeable.
NOTE 2: Utilizing the new dock system is restricted to internal code at this time. If you have questions please ask me and I will walk you through them.
NOTE 3: I have added an alt-click menu to each dock icon that allows you to re-order its position in it’s current dock.
NOTE 4: All movement changes are now being saved and retained per character.

> Micro Menu bar has been relocated to the upper left corner of the screen, mouse over it to show (can be changed in settings)

> Stats have been changed slightly
NOTE 1: The top stat bar is now anchored to the top center of the screen (was top left)
NOTE 2: The top stat bar is also NAKED by default (ie.. no stats showing/assigned). I felt like having too much on screen for new users was confusing.
NOTE 3: Backgrounds are disabled now by default (can still be changed in settings)
NOTE 4: Changed the default stat assignment for the bottom bar to improve asthetics. (Courtesy of Penguinsane)

> Slightly re-styled tooltips to make them less intrusive by removing the POW graphic from the bottom of the frame. Seemed like too much at times.

> NEW: Round style for minimaps that use the «rotateMinimap» interface option.

> REMOVED: WorldMap movement alpha settings. Blizzard has a built-in function for this now under your Interface options.